The Glo-Black Snapshot-UV was developed with the casting industry to support traceability in the FPI process through capturing digital pictures of indications in real time. REL integrated a GoProTM on the top of handheld Glo-Black lamps. The focal distance and direction were designed to capture indications to facilitate a digital transformation to your FPI inspection process. 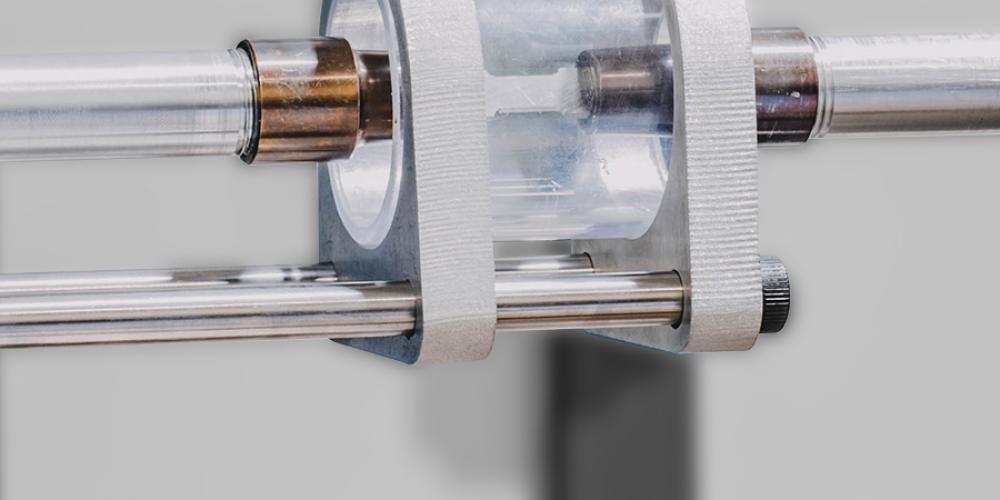 EDWARDS AIR FORCE BASE, Calif. (AFRL) – The Air Force Research Laboratory's Rocket Propulsion Division has a new capability, a Split-Hopkinson Pressure Bar system, also known as a Kolsky bar, that measures stress at high strain rates and helps analyze material behavior under severe conditions. “This system will give AFRL a new and unprecedented capability to test and gather data from any solid propellant we can manufacture,” said Dr. Timothy Miller, senior materials research engineer within AFRL’s Propellant Branch. “This new equipment capability will continue to propel AFRL into the future,” he said. Installed in AFRL’s on-site chemistry lab, the system tests solid propellant at strain rates that correspond to threats from bullet impact, fragment impact and sympathetic detonations. The latter occur when unwanted detonation of a missile issues a shock wave that initiates detonation in a nearby missile. “AFRL plans to use the system to test both propellant and space-bound materials at high-strain rates so that structural models can be developed that will predict behavior, especially failure, in real-world conditions,” said Miller. Ultimately, these models will aid in designing improved rocket motors and satellites. This new capability will also help AFRL to investigate other occurrences such as space debris impact, which can disable satellites, and in some cases, can compromise structures and render them useless. Miller explained how “every solid rocket motor tested has the potential for defects that cannot be seen during manufacturing, and even in the absence of defects, can be susceptible to damage due to external events.” “Data from high strain rate tests is key to preventing [unintentional damage] and AFRL will use this system to quantify material properties related to all rocket motors, including those made with advanced manufacturing processes such as Resodyn mixing and additive manufacturing,” he said. About AFRL The Air Force Research Laboratory (AFRL) is the primary scientific research and development center for the Department of the Air Force. AFRL plays an integral role in leading the discovery, development, and integration of affordable warfighting technologies for our air, space, and cyberspace force. With a workforce of more than 11,500 across nine technology areas and 40 other operations across the globe, AFRL provides a diverse portfolio of science and technology ranging from fundamental to advanced research and technology development. For more information, visit: www.afresearchlab.com.